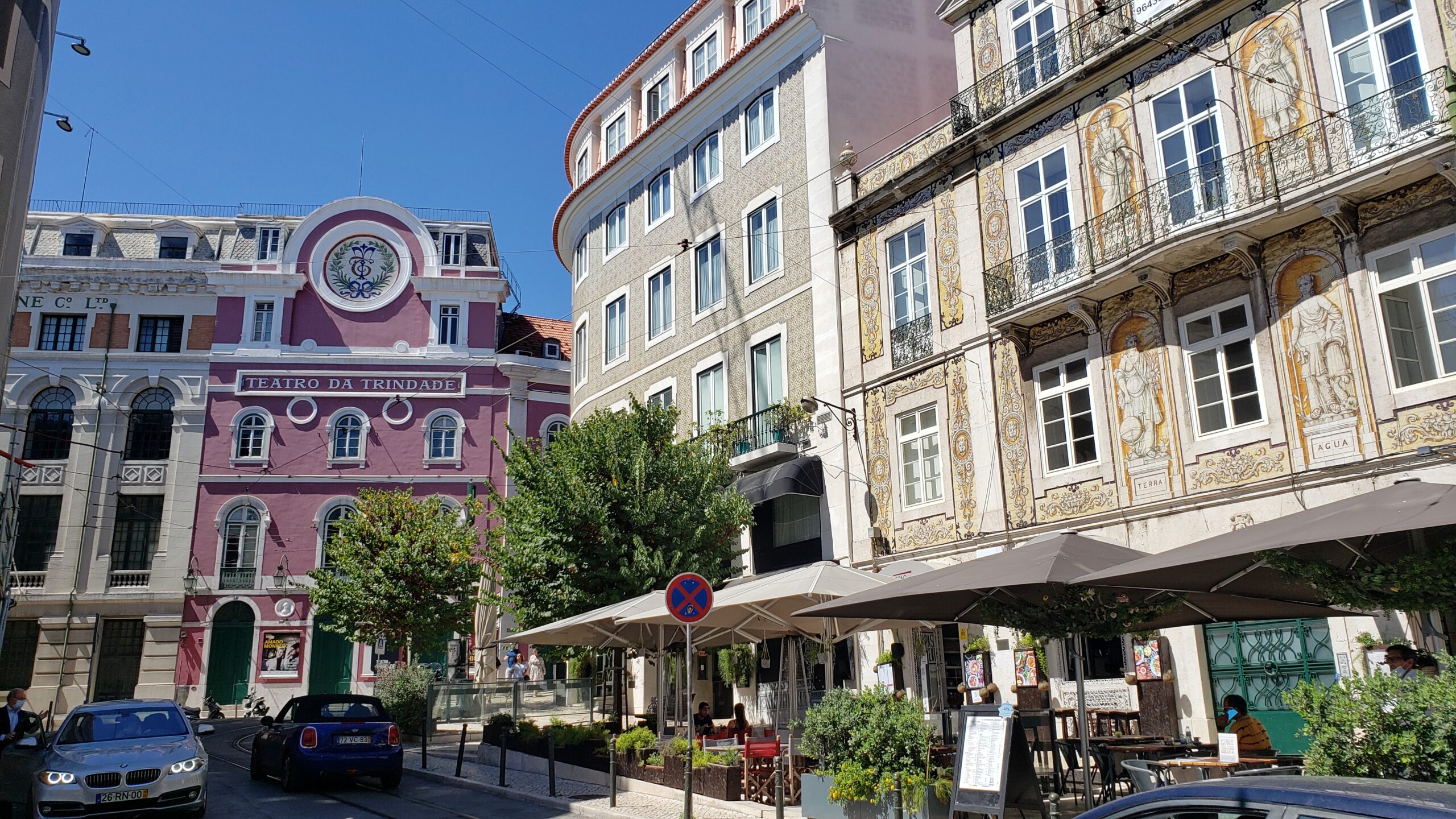 In brief: It’s easy to feel liberated and refreshed when the artful streets and hills of Lisbon are available.

The weather is improving. The mood during Portugal’s long lockdown? Well, not as much. But we have found one remedy: taking the opportunity to wander about the city for exercise…enjoying the architectural decoration, the layers of antiquity and the tranquil ambiance.

Yesterday, the Arroios and Graça districts restored us. We may not be able to travel outside the city, but we’ve turned the inner city into a set of adventures.

Our main goal: the Graça neighborhood and, beneath the dark green tree atop the hill, the panoramic lookout of Nossa Senhora do Monte

A rich tapestry of color on one street.

Panoramic view over the city from the Miradouro at Monte near Graça.

A huge mural in Arroios, a tribute to the local markets of old. We hoped that those prices were not in Euros.

Though we’ve been by here many times, we had not stopped before to pay attention to this monumental and eclectic structure along the waterfront. The King’s Fountain (Chafariz D’El Rei) is the baroque wall below.

It delivered water to people from the 13th century on, was fixed several times including after the 1755 earthquake, but found its current form in the 19th century. By the late 16th century, its six fountains were segregated for people by class and color. Above it sits the Moorish style building of the Palácio das Ratas, now a hotel.

Remnants of the old city walls topped by a Moorish palace, hidden in a district occupied by Moors and Jews in the Middle Ages

And we continued to uncover the art of Lisbon’s streets. Wherever we wander in the center, we discover an eclectic outdoor gallery of art – sometimes in the tile cladding of buildings, sometimes in signage, and even adorning an old urinal at the São Jorge castle.

The multi-colored surfaces present a fine harmony at this intersection. In addition to the trompe-l’oeil surface of the near building on the right, and the inviting restaurant beneath, there is the delightful, and somewhat unusual, front of a theatre as a backdrop.

The still fresh sign has long invited passers-by to stock up on milk and cheese here, delivered fresh by a girl from the Minho farmland in the north of Portugal. We found this on a very unassuming, narrow street – and were pleased that residents thought enough of it to preserve it.

This fierce vegetarian stares ceaselessly at street walkers like us. The expression suggests that he wants more aggressive fare.

A typical Lisbon doorway adds a neo-Gothic and eclectic touch to its apartment building.

A stone urinal sits discreetly behind this metal sign near São Jorge castle. The text says, “Orgasms come not from the organs, but from the soul.”

In a newer part of the city, a surprisingly recent, yet dazzling, storm scene formed from painted tiles – on the side of a gymnasium.

Also in a newer part of the city, a stone crescent from the 19th century shows off a pastel landscape.

A steep stairway down from the Graça panoramic lookout is decorated with some arresting – and highly contrasting – modern graffiti.