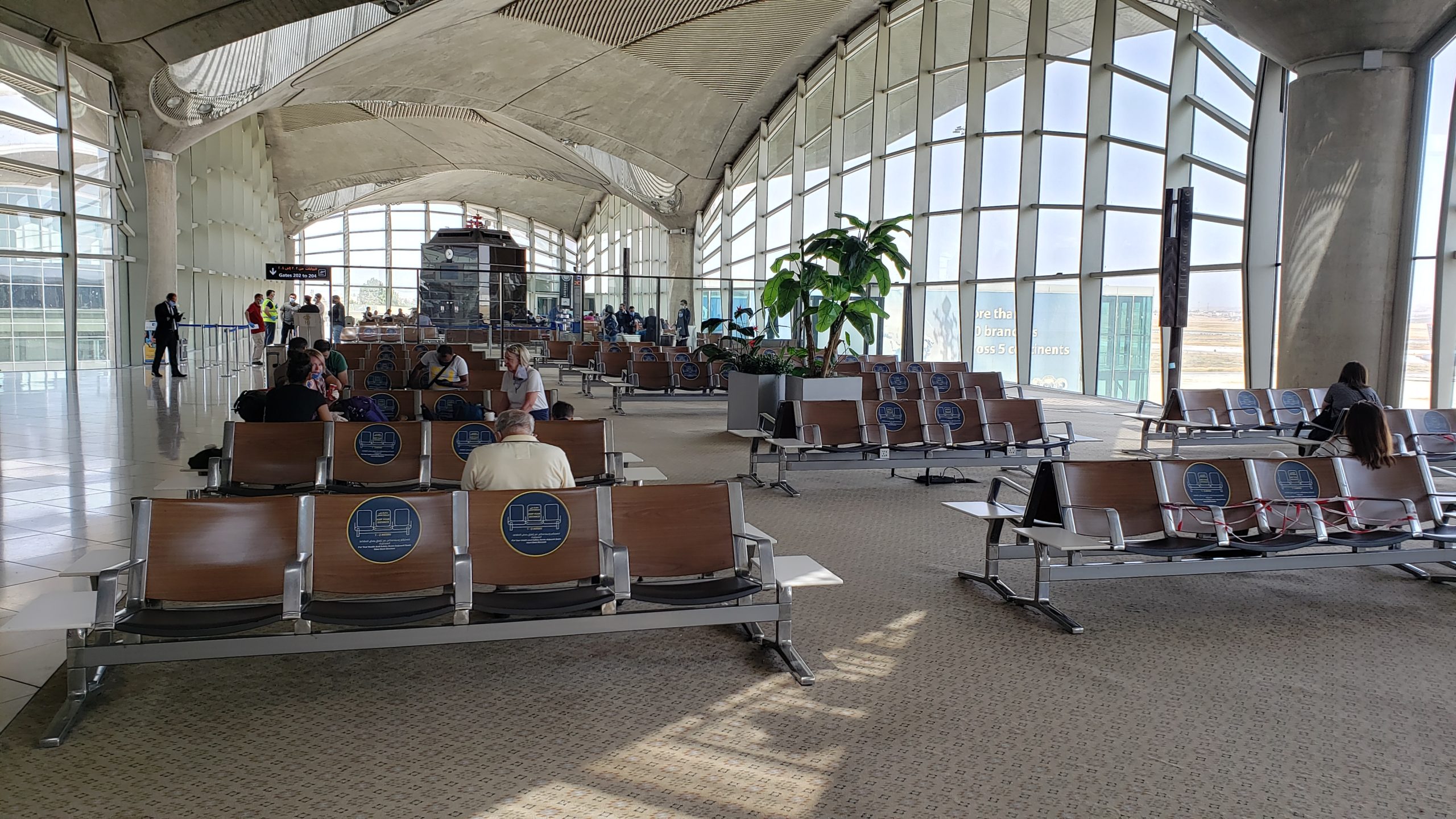 After four and a half months in Jordan, our “covid-19 normal,” we were flying out. Our time there extended far past the month we planned back in February, partly due to Nancy’s recovery from a broken arm and Barry’s stomach virus, but mostly because Amman’s airport closed for three months due to the the pandemic.

The departure was hurried, as we had only five days to arrange a connecting flight in London and prepare ourselves. But mixed emotions still crowded in…

We were definitely happy to move to our European country of residence at long last. Yet saddened to leave the good friends we had made over a quarter year.

We were pleased we could squeeze in one more driving trip, this time to a 2300 year old villa. Yet annoyed, because, unaware we would soon leave Jordan, we took advantage of our rented car and purchased some weighty specialty items (kilos of unusual cheese, household items, etc.). To take these things with us, we decided to buy an inexpensive suitcase for the trip.

And other emotions…We were discomfited, knowing we were leaving behind an array of familiar shopping resources. But also relieved we were heading to a place we knew quite well.

Most pointedly, we were fearful, because we were leaving behind an almost virus-free Jordanian bubble for the covid new world of Europe. And increasingly anxious about the forthcoming travel, with over 8 hours of flight time on two planes, passage through three airports, five car rides, and an overnight stay at a Heathrow hotel.

How was the trip? Mostly we felt we could protect ourselves sufficiently. But the challenges of staying immaculate under travel conditions admittedly led us to accept some compromises along the way. On the planes, we did wipe our trays and seat arms, as well as washed/disinfected our hands frequently. Yet we were impressed by one passenger near us who spent five minutes creating his own mini-bubble on our flight to London, disinfecting all surfaces in his immediate area before falling asleep for most of the 5 ½ hour flight.

Protecting ourselves was relatively easy because the airports were quite empty and passengers remained masked in the planes and terminals. Disinfectant was plentiful. Still we put up with distancing risks at the normal chokepoints of security, border control, etc. There the ideal separation of people proved impossible, however much officials and passengers tried, nor could the regulations completely eliminate physical exchange of documents or tickets.

The planes were about 2/3 full, with passengers as separated from each other as they reasonably could be, while the attendants seemed to be careful. Still, it was a bit disconcerting to see the Jordanian crew suit up in hazmat-style coveralls to protect themselves from the London workers and repatriated students coming on board at Heathrow. We were definitely outside our protective bubble.

Nonetheless, to travel now, one must bring along a plentiful level of trust: trust that the service personnel are tested, that hotels do the right cleaning and protection, that the careful handling of food and drink behind the scenes is adequate, and so on. At least we saw few overt violations of reasonable procedure throughout the trip.

However, we were astonished at the lack of testing and tracking. Neither officials in London (where we needed to stay overnight near the airport) nor in Lisbon seemed to care much where we had traveled, if we were isolating/quarantining in their countries, or if we were currently sick. The more rigorous Jordan at least tested our temperatures twice at the airport in Amman.

The UK seemed particular out of step. We were required to fill out a form to enter the country, but effectively we left the airport with no restrictions. Heathrow had many automated procedures, but could not help some clustering at chokepoints. Near our Heathrow hotel, people seemed indifferent to the viral threat, a consequence, we heard, of widespread ignoring of regulations and mixed government messages. At a nearby convenience store, no local or store personnel wore any protection at all.

Once arrived at our Lisbon hotel, the start of our one year stay in Portugal, we tried to establish our own room bubble, though we needed to allow maintenance in to fix a few things. We disinfected after them; we were careful using the elevators. We resumed our customary precautions for shopping at the store and cleaning the items purchased.