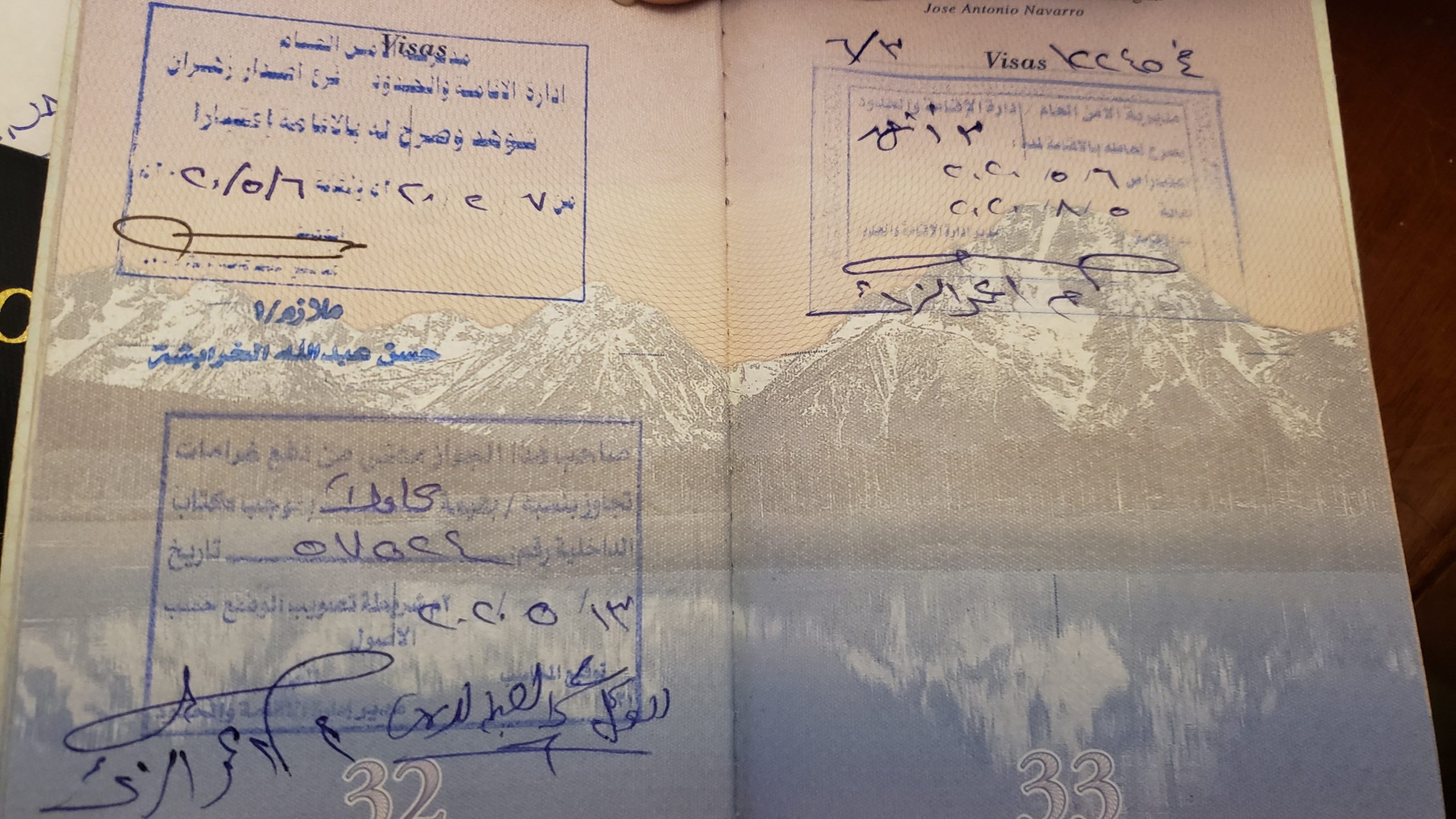 Many of you are dealing with upheaval in daily life and various forms of isolation, but perhaps you might find our current coronavirus adventure interesting. In short, we have remained in Amman, Jordan, staying with the most gracious hosts one could want.

How did that happen? First, our plans to head to Israel were upended by that country’s blockade of foreigners. Our next plan, to head to Portugal where we have residency status, was compromised by the generally tough conditions in Europe and the exponential rise of cases there. The final obstacle became the near-simultaneous cancellation of our flights out of Amman and the further closure of all flights to and from Jordan.

The only hitch then was extending our visa, which we mistakenly thought lasted 90 days, not the actual 30 days – a mistake we discovered while somewhat illegal on day 35! Fortunately, the warm hospitality of Jordanians extends beyond welcoming tens of thousands of Syrians and other Middle Eastern refugees; they’re also happy to allow two stranded Americans to stay. Accompanied by our always helpful Airbnb host here, we merely had to go to the nearby police station, fill out a bunch of paperwork and pay the extended visa fee. Now we can stay until early May if the world situation stays bad – embraced by our host’s family and friends. Plus we have already field-tested the medical delivery system here, and found it exemplary in dealing with Nancy’s broken arm and Barry’s intestinal bug.

In the photo, our old and new visa stamps, just in case you can’t read Arabic numerals. Good till May 7!

So it’s a great place to be…and you can mark us safe for now in Amman.

Before many cases of the virus appeared, Jordan had already acted decisively and vigorously with restrictions and preventive measures – such as those begun very late in other countries. The country, for example, closed all tourist sites for at least a week (though fortunately we finished all our touring just before the closure). It also closed all schools and airports and all non-essential businesses. Yesterday, one Canadian tourist tested positive and the health authorities tracked down 28 people she had been in contact with – and checked them all! Every returning national (the total was about 5000) last weekend was hustled to quarantine at a 5 star resort or hotel and all belongings were sanitized. Fast containment.

We were still able to shop for food or medications. Few people were out except to find those. The souks were still open and the fresh veggies and fruit grown locally were still in great supply.

And then on March 14 the country went on complete lockdown. And I mean lockdown. Anyone who went outside would go to jail for a year. Saturday, the first day, only about 400 people were arrested across the country of nearly 10 million. That’s it. They all complied basically. There has been no hoarding and no panic.

The lockdown was intended to give the government time to put formal plans and schedules into place for things like water and gas delivery, maybe times for shopping. We do not know yet. Tomorrow is another day and further instructions.

We have enough food for the time being. What we don’t have is booze. We were heading to the liquor store on Tuesday, only to find they were all closed, not being essential to a predominantly Muslim country. So, we have been alcohol free for a week now. That should have some benefit, right?

We’ll keep everyone posted. But for now, we are safe and appreciative of the leadership that is being shown. I hope you all take care, too.